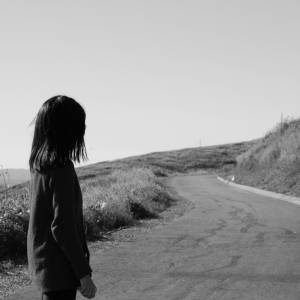 A few days ago, I was thinking about Abraham and his son, Isaac. Thankfully, because of Jesus Christ and the new covenant, we no longer have to make such sacrifices today as in Abraham’s day, but as I thought about Abraham, I couldn’t help but wonder how different my life might be if I possessed his level of faith, courage, and obedience.

When God tested Abraham, Abraham was faithful and obedient.  Abraham was willing to obey and honor God’s command and sacrifice that which must have meant the absolute most to him in the entire world, his son Isaac. As I thought about this, I asked myself, “How far would you be willing to go in obedience to the Father?”

Later, I thought about the hymn, “I Have Decided to Follow Jesus”.  The lyrics to this song are pretty profound:

The world behind me, the cross before me;

Though none go with me, still I will follow;

Mark 8:34-35 tells us that Jesus, “called the crowd to him along with his disciples and said: ‘Whoever wants to be my disciple must deny themselves and take up their cross and follow me. For whoever wants to save their life will lose it, but whoever loses their life for me and for the gospel will save it.’”

Then again in Luke 9:23-24 Jesus said, “Whoever wants to be my disciple must deny themselves and take up their cross daily and follow me. For whoever wants to save their life will lose it, but whoever loses their life for me will save it.”

In Matthew 10:38-39 He said, “Whoever does not take up their cross and follow me is not worthy of me. Whoever finds their life will lose it, and whoever loses their life for my sake will find it.”

As Abraham reached in his pocket and pulled out the knife to slay his son the angel of the Lord appeared to Abraham and called out to him saying, “Do not lay a hand on the boy. Do not do anything to him. Now I know that you fear God, because you have not withheld from me your son, your only son.” Genesis 22:12

After the angel of the Lord called out to Abraham and stopped him from sacrificing his son, the scriptures in Genesis 22:13-18 go on to tell us, “Abraham looked up and there in a thicket he saw a ram caught by its horns. He went over and took the ram and sacrificed it as a burnt offering instead of his son. So Abraham called that place The Lord Will Provide. And to this day it is said, ‘On the mountain of the Lord it will be provided.’  The angel of the Lord called to Abraham from heaven a second time and said, ‘I swear by myself, declares the Lord, that because you have done this and have not withheld your son, your only son, I will surely bless you and make your descendants as numerous as the stars in the sky and as the sand on the seashore. Your descendants will take possession of the cities of their enemies, and through your offspringall nations on earth will be blessed,because you have obeyed me.’”

God spared Isaac! God provided an offering! God blessed Abraham and his descendants because of Abraham’s obedience! I can’t help but wonder how many times I’ve failed God’s tests and sold myself short of God’s blessings through my disobedience or how many I have refused to allow God to bless through me.

Far too often we lose sight of eternity because we get so caught up in ourselves and this life.  We all need to remember that this life and all that is in it is only temporary.  The only things that really matter in this life are our investments in eternity.   When we understand this, then there will be no turning back.

Heavenly Father, please grant us faith and courage to be obedient in all that you ask of us.  Help us to take up our cross, to die to self, and fulfill your will and purpose for our lives.  Lead, guide, and direct our paths so that we may bring you honor and glory in all that we think, say, and do.  In the name of Jesus, Amen.

2 Responses to No Turning Back