Who Is Our Judge? 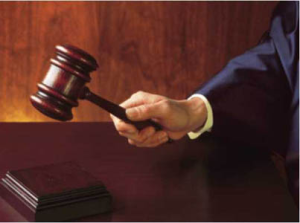 I personally believe that one of the biggest contributors to atheism today is the behavior of so many who call themselves Christians.  So many Christians judge, criticize and condemn non-Christians, other Christians of different religious affiliations and even those of their own denomination. Is this true Christian behavior?  Is this the fruit of the Spirit?

I remember hearing a story several years ago regarding an event held here in Myrtle Beach called The Son Fun Festival.  This festival was a weekend event which began on Friday morning and ended on Sunday night.  During this event several Christian bands would  perform each day from early morning until late at night.  There were several bands that
came from various parts of the country to perform.  Each band was assigned to a preacher to chaperone them and assist them with their needs during the event.

There was this one band that apparently did not fit the visual image of what a Christian should look like in the eyes of the minister assigned to chaperone them.  They had piercings, tattoos, and long hair (whatever).  The minister assigned to assist them refused to have anything to do with them and ignored them throughout the entire weekend.

It just so happened that this band was the last band to play and share their testimonies during the event.  More young people came up to accept the Lord as their personal Savior as a result of this band’s testimony than during the entire event.  This minister took the stage and made a very humble and public apology to this band afterward.

It is so easy to get caught up in our opinions and pass judgment on others.  Here is what the Bible says about judging others:   “Do not judge, or you too will be judged. For in the same way you judge others, you will be judged, and with the measure you use, it will be measured to you.  Why do you look at the speck of sawdust in your brother’s eye and pay no attention to the plank in your own eye? How can you say to your brother, ‘Let me take the speck out of your eye,’ when all the time there is a plank in your own eye?  You hypocrite, first take the plank out of your own eye, and then you will see clearly to remove the speck from your brother’s eye. Do not give dogs what is sacred; do not throw your pearls to pigs. If you do, they may trample them under their feet, and turn and tear you
to pieces.”  Matthew 7: 1-6 NIV

In Matthew 7:5 Jesus said, “You hypocrite, first take the plank out of your own eye, and
then you will see clearly to remove the speck from your brother’s eye.”  When Jesus spoke of removing the speck from our brother’s eye, He certainly did not mean to do so through judging them.  I believe that what Jesus was saying was for us to live a life of abiding in Him in order to see more clearly and live our lives each day in a way that sets an example for our brother’s.  In Matthew 7:6 Jesus said, “Do not give dogs what is sacred.”  It is not our job to judge.  Jesus is the One who sits in the judgment seat.  Isaiah 33.22 says, “For the LORD is our judge, the LORD is our lawgiver, the LORD is our king; it is he who will save us.”

Yes, I realize that we are only human and we all will make mistakes, just as this minister did during The Son Fun Festival.  However, the fact that we are human is no excuse to justify continued bad behavior.  Can you imagine how this band felt when they were  judged, criticized and ignored by a minister of all people when they were attending this event to reach the lost?  I cannot help but wonder how many young people may have walked away from that event never knowing the Lord had it not been for this band who could relate to them.

I also think about the amount of courage it took for this minister to stand before this mass of people and publicly admit his wrongs and apologize to this band.  I praise God for that!  This minister acknowledged his wrong behavior and was able to minister to others by doing so.

Now, that being said; there is a difference in using your best judgement in making decisions and passing judgement on others, so commen sense must apply.  As Christians we will find ourselves in situations in this world where we may not feel comfortable.  We have to use common sense and stay away from places that we know we have no business.  However, sometimes we may find ourselves in situations where we have a chance to be the example someone may need. We have a choice; we can pass judgment and walk away or we can pray and ask the Lord to lead us and direct us in the way He would have us react to the situation.   Sometimes He may place us in those situations to be an example to others.

Lord, let us stop trying to fix our brothers and sisters; help us to recognize judgment is not our assignment because we do not have the authority; help us to abide more in You in order to  become more like You; help us to be the example You would have us be; let Your light shine through us unto the world. The Bible tells us in 2  Corinthians 5:10 “For we must all appear before the judgment seat of Christ, so that each of us may receive what is due us for the things done while in the body, whether good or bad.”

1 Response to Who Is Our Judge?